DSG Technology represents a extensive new breed of patented high-tech ammunition that is breaking what has been believed to be the boundaries of the laws of physics. Until recent it has been a known fact that bullets shot into water, stops after a few inches. DSG Technology has now proven that wrong by bringing swimming bullets to the market! We have spent more than 10 years carefully crafting and refining our projectiles to perfection.

Less known, but equally impressive is our patented XMP™ ammunition. The extreme precision and finesse  involved in producing our ammunition has forced us to divide from our initial plan to become a traditional ammunition provider, to rather becoming a high-tech company.

In fact we had to approach the very best companies that was producing parts for the space industry, nobody else could meet the tolerances needed.

DSG Technology has been around since 2009, but in 2018 the entire management team was replaced with a completely new management team. We “the current management” therefore count 2018 as ground zero for the company.

We are a proud Norwegian company, occupied by following Norwegian values and well known business conduct ethics. We are filled with the «Norwegian Spirit» where quality, trust  and customer satisfaction is the top priority for all our employees.

In Norway we have a saying «Det er typisk Norsk å være god» which directly translated means «It is typical for a Norwegian to be good». That saying is imbedded in our overall business strategy where we put pride in choosing the very best partners to work with, that are the foremost experts in their field of work.

We admit and understand that it would be very hard for us to become the very best at doing every single step involved in producing our product to perfection.

Never the less, with our chosen partners we know that we have the right team in place to ensure we achieve the right results.

Our goal is to keep our strong hold as the leading provider of Supercavitating ammunition world wide.

We operate in Norway and USA!

DSG Technology operates with HQ in Horten, Norway and run all R&D out of Norway. Production is currently done out of US and we also have a aquatic test facility in Midland US. 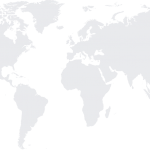